When the Most Important Word Is a Preposition: Significance of Our New Name 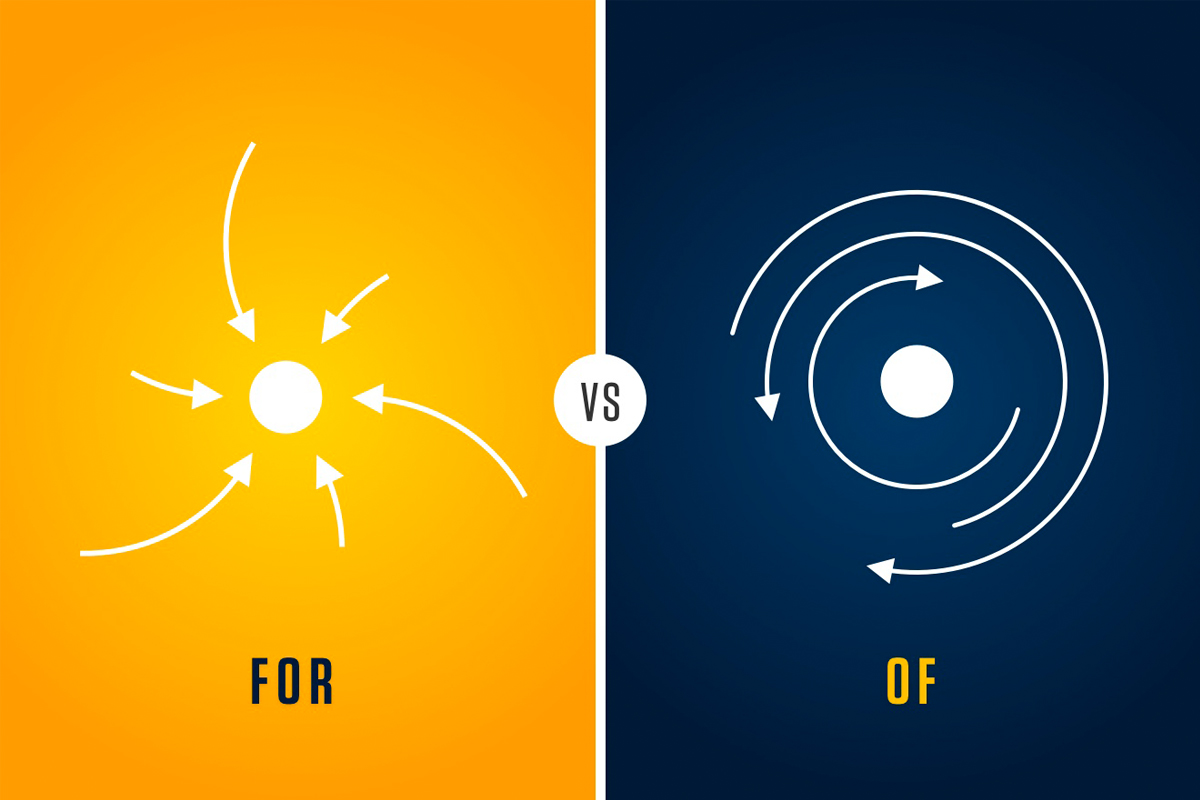 Hartford International University for Religion and Peace. You might think the primary nouns are the most important words in the new name for what was Hartford Seminary for many, many decades: University. Religion. Peace. They all sound significant and profound, and they are.

The other words carry weight too: Hartford, a noun modifying another noun to announce the place, and International, an adjective that’s a broader description of place. That was a carefully considered concept, that we are both local and global, an institution that’s been in the Hartford area for 187 years and remains very much of that place, while it’s also grown to include students, faculty, and alumni and ideas from around the world.

But the most important word in our new name is the preposition “for.” These three small letters punch way above their weight. Let’s look at why.

First, it’s important to know that we considered, and could have chosen, “of.”

To be Hartford International University of Religion and Peace doesn’t seem much different, but to be “of” something means it already exists. It means to be derived of those things. It assumes that they go together, like a sandwich of peanut butter and jelly.

As much as we might wish it, religion and peace aren’t peanut butter and jelly. They are often at odds, more like peanut butter and pickles. If current events aren’t proof enough, history has too many examples to count.

No one would disagree that arguments around religion can lead to violence and war, and too often do. That’s why we decided to be “for” religion and peace, rather than “of” them.

“For” is a brawny little preposition. It loves cardio. It does sit ups. It benches its own weight. If “of” tried that, it would break like a toothpick. “For” is optimistic and gregarious. It looks for the best and promotes it relentlessly. It’s ambitious and tireless. It makes plans.

Of course, we all love to be “for” something but saying it doesn’t make it so. Our “for” is aspirational. If religion and peace could be linked together without effort, this institution wouldn’t need to exist. Instead, we are putting our “for” to work, tying the concept of religion to the concept of peace (both outer and inner) and stating that they can – and should – find common cause.

At the announcement of our new name, President Lohr told the story of discussing the name with a prominent alumna, Dr. Beverly Daniel Tatum ’00, one of the nation’s foremost leaders in higher education and a renowned expert on the psychology of racism. She immediately zeroed in on the “for.” It’s not technically a verb, she told him, but in this case, it’s an “action word.”

Connecticut Gov. Ned Lamont also picked up on the emphasis on the word “for,” singling it out in his address at the announcement event.

“You’re on this earth to make a difference. That’s the “for” in your title there,” he said. “You represent the very best of what it means to bring people together and bring people of different faiths together. I hope you take that message far and wide because that’s how we make a difference in this world.”

So we are for the “for.” It’s a three-letter challenge we take very seriously. It compels us to take action. It motivates two big concepts. It puts religion and peace on the same playing field, and if we do our jobs right, on the same team.