An interfaith exploration of light representation in the celebration, practice and interpretation of religion 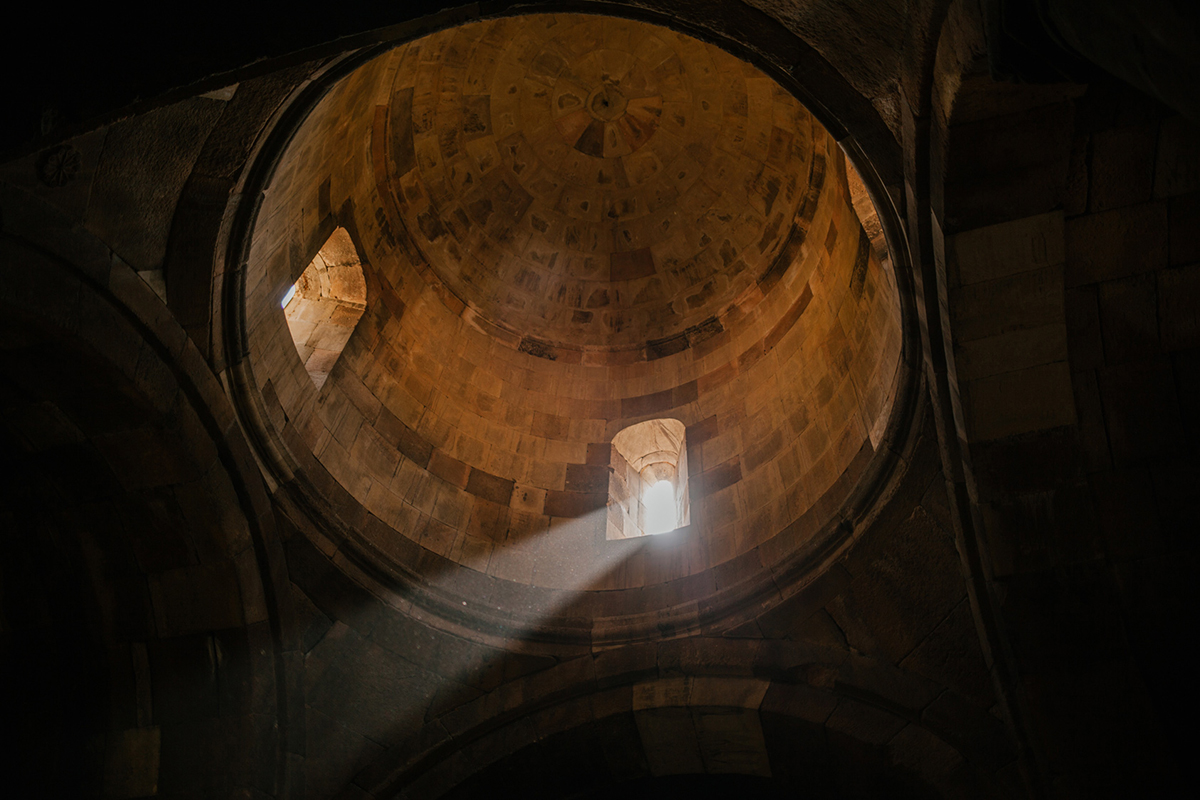 Light is a cross-cultural symbol for knowledge, truth and awareness that takes on even deeper meanings when we look to its use in religious texts and traditions. From ceremonial usage to the symbolic presence of “divine light,” it appears across religious traditions. We often hear references to religion as a “guiding light” for those who have lost their way to follow. Light calls to mind images of angels, miracles and a life source – symbols of the divine.

Appearances of light in the Abrahamic scripture

In Genesis 1:3, on that first day of creation: “God said, ‘Let there be light,’ and there was light.” In this instance, we see light mark the beginnings of the world. While one of the first references to light in Abrahamic scripture, it’s hardly the last.

The word nūr, Arabic for “heatless light,” is used throughout the Qur’an. This word comes from the same root as the Hebrew ohr, the primal light described in the Book of Genesis that was created at the beginning. In Islam, angels, God’s messengers, who are made of a pure love for people that comes from God, are made of light. Light also serves as a guide on the Day of Resurrection and is used in reference to God, Muhammad, the Qur’an, the Book, the Torah, the moon and the faithful men and women.

In Biblical Hebrew, light is repeatedly used as a positive symbol for showing that redemption, truth, justice, peace and even life itself “shine,” and their revelation is expressed in terms of the revelation of light. We similarly see this through the contrasts between light and darkness.  “Wisdom excels folly as far as light excels darkness” (Ecclesiastes 2:13). God, Himself, is described as “my light and my salvation” (Psalms 27:1).

In the Bible, Saint Francis of Assisi, the patron saint of animals who is famous for his reverence for all of creation, wrote a prayer praising God for the sun and its light: “Praise be to God for all his creatures, and especially our brother the sun who brings us the day and brings us the light. How beautiful he is! How splendid! Oh, God, he reminds us of you.”

Lighting the way in faith celebrations

Several major religious holidays use light to celebrate the power of spiritual hope. The Jewish holiday of Hanukkah celebrates the hope that the Jewish people derived from the ancient Hanukkah miracle of lights. On Christmas, Christians decorate with electric lights to symbolize Jesus Christ as the light of the world, the savior. During the holy month of Ramadan, the Fanoos, or Fanoos Ramadan, is a lantern used to light up homes, mosques, and streets. Beyond the Abrahamic faiths, we can look to Diwali, the Hindu Festival of Lights.

Reflecting on light across interfaith history and cultures

The concept of light shines through many religious traditions – within the Abrahamic faiths, beyond – and even to broader non-religious intellectual and spiritual movements. The idea of enlightenment might make you think of a Buddhist spiritual awakening or a religious path of righteousness in your own faith or maybe you think of The Enlightenment Age, the intellectual and philosophical school of thought that dominated Europe during the 17th and 18th centuries.

Students in the Hartford Seminary MA in Interreligious Studies program explore concepts like light and examine their significance in an interfaith context. By exploring the lived reality of religion, our students look to terms of great importance and compare and contrast the meanings that it carries across different faiths and with historical and sociological significance.

Tags: representation of light in religion