The Dilemma of the Role of Clergy and Interfaith Families 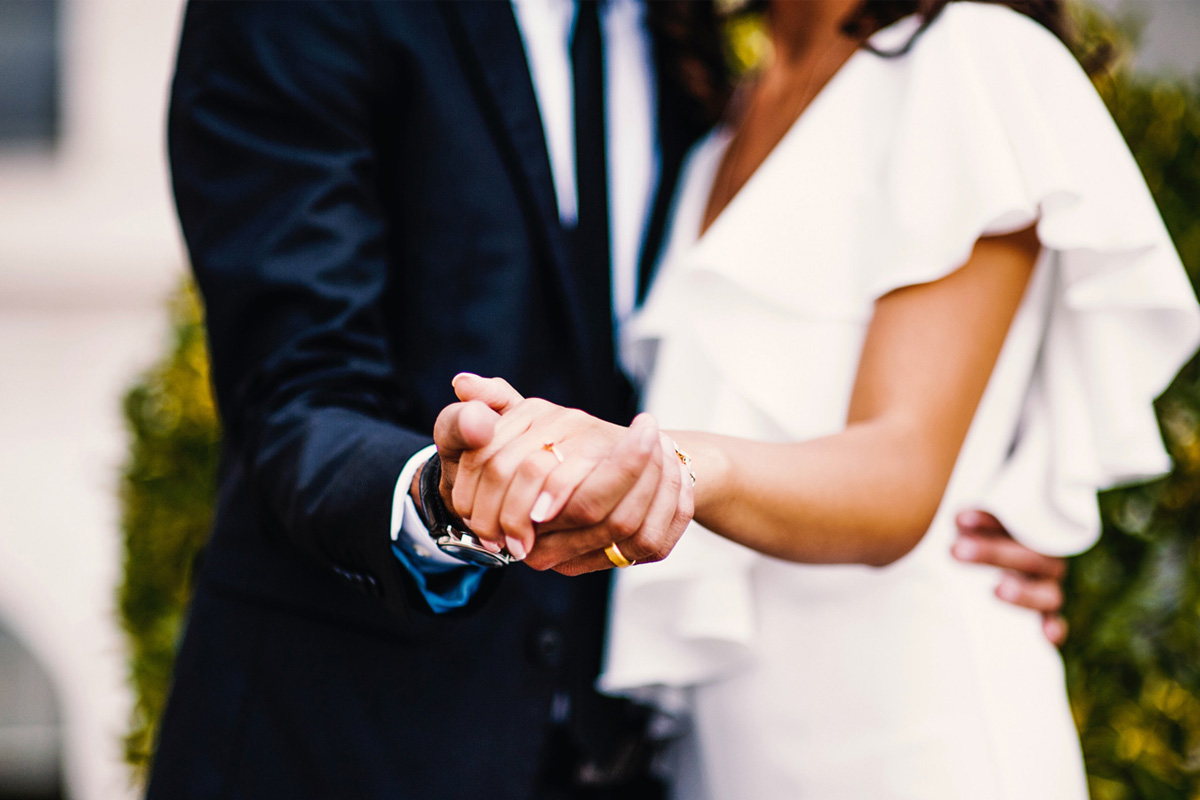 If it is true that America is becoming more publicly religiously plural, as sociological studies say, so then are American families. According to the Pew Research Religious Landscape Survey of 2014, nearly four in ten Americans married since 2010 were married to a partner from a different religious tradition, compared to nineteen percent of religiously mixed marriages among those who married before 1960.

The Rise of Interfaith Marriages

The rise in religiously mixed marriages can certainly be attributed to the changing patterns of religious practice and identity among Americans. Because marrying for love is seen as an important ideal among Americans, we are willing to cross ethnic, cultural, and religious boundaries for the pursuit of love. It is just as common to see individuals “switch” to their partner’s religious tradition as remaining in their own tradition. This means that couples who remain active in their own religious tradition need to find ways to recognize, celebrate, and commemorate multiple religious holidays in their home. If one partner is Jewish and the other Christian, will they celebrate Passover and Easter together? Will one attend services at church and the other at synagogue? What about when the extended family is involved? What will the family expectations be? If dietary restrictions are a part of the religious observance, will both refrain from certain foods or fast together?

Naomi Schaeffer Riley, in her book ‘Til Faith Do Us Part: How Interfaith Marriage is Transforming America, argues that there has been a dramatic cultural shift toward interfaith marriages, including among those communities that have traditionally forbidden or opposed such marriages. Riley makes the point that the vast majority of 18-to-23-year-olds do not believe it is important to marry someone from within your own religious tradition. Marrying for love is still the prominent ideal in American society. Riley points out what has become more publicly obvious, that there has been a generational shift across religious boundaries about views of marriage. Switching or mixing religious identities for love is part of the American cultural scene.

When you add children to the mix of these interfaith marriages there are more questions and more answers. Will the children be raised in one tradition or another, or both? Or, as is often the case, will they be raised in no tradition “until they can decide for themselves”? Riley notes that while interfaith couples may come to agreements about their personal religious practices when they are married, they continually renegotiate these decisions throughout the family’s journey. When the children are born, will they be baptized? Will they go to Hebrew school or Qur’an class? Will they attend Friday, Saturday, or Sunday services, or alternate? Will the family decorate the house for Christmas or Hanukkah, or both? Will the children observe religious dietary requirements if only one parent does? These questions continually come to the fore in each new phase of life.

If this is the reality of a current religiously plural America, how are clergy – or other religious leaders – responding? How are clergy reacting to these families in their communities when religious “switching, mixing and matching” is the norm? When an active member of the congregation’s son or daughter marries a Buddhist or Sikh, the congregation is now de facto an interfaith community. Even if that interfaith couple decides to attend religious communities separately or none at all, the new relationship will continue to affect the extended family who remain within the congregation. It is no longer about “them” – it is now about “us.”

While leading a workshop among Christian clergy on interfaith relationships, the biggest topic my colleagues named was the ongoing frustration of not knowing how to support their interfaith families.

Knowing full well that couples are under duress from one partner or another, one extended family or another, or one’s larger religious tradition or another, how will clergy provide support for the spiritual well-being of the mixed-faith family? Because of their role, clergy will not only be sought after for advice by families, but they will also be triangulated to use their clerical authority: “Pastor, please tell my husband how important it is that Johnny be baptized.” Families will expect and hope for answers to their spiritually mixed realities.

Some Christian colleagues have also noted how interfaith couples have come to them and shared their apprehensions about how they will be received or treated by their religious community. Will they be included in congregational activities? Will it be okay if their children miss Sunday school because they are attending an Islamic Sunday school every other week? What happens if the children share about the family Hindu holiday celebrations in Sunday School? Some clergy have even reported being approached by other members of the congregation who want to know if the pastor agrees with the other religious tradition over their own faith. Does accepting the family into the congregation imply sanction of the other religious tradition? Clergy often are not sure how to respond when real families are involved.

Even those clergy who represent religious communities that do not support religiously mixed marriages are faced with pastoral decisions to either lay down the law, and then in all likelihood see the family leave their flock or break apart due to the stress, or to support the interfaith family and then to be included in the family process of navigating multiple religions. Some religious communities do not support religiously mixed marriages for a variety of reasons. Catholics, Mormons, Jews, and to some extent Muslims, have historically not “allowed” their members to marry outside their tradition. For some this is for spiritual reasons, for others it is simply a matter of keeping their religious tradition alive and viable. This prohibition or frowning on religiously mixed marriages, however, does not mean that these clergy are not in favor of positive interfaith relationships! In fact, quite often it is by fully embracing the traditions of these communities that clergy wish to participate in the public American religious pluralism.

The unfortunate reality is that most clergy either publicly ignore the issue or try to attend to the spiritual needs of the family privately in ad hoc situations. Rarely is the issue addressed or named publicly. The most common reason for the silence among clergy is lack of preparation in ministerial training that leads to embarrassment and fear. Clergy are often embarrassed that they do not have the answers to these ongoing perplexing and complicated questions that interfaith families raise. And they are also afraid of what some of their members, other colleagues, or the larger religious denomination, will say to their allowing mixed religious marriages in their midst.