Ramadan and How We Share its Lessons with Other Faiths 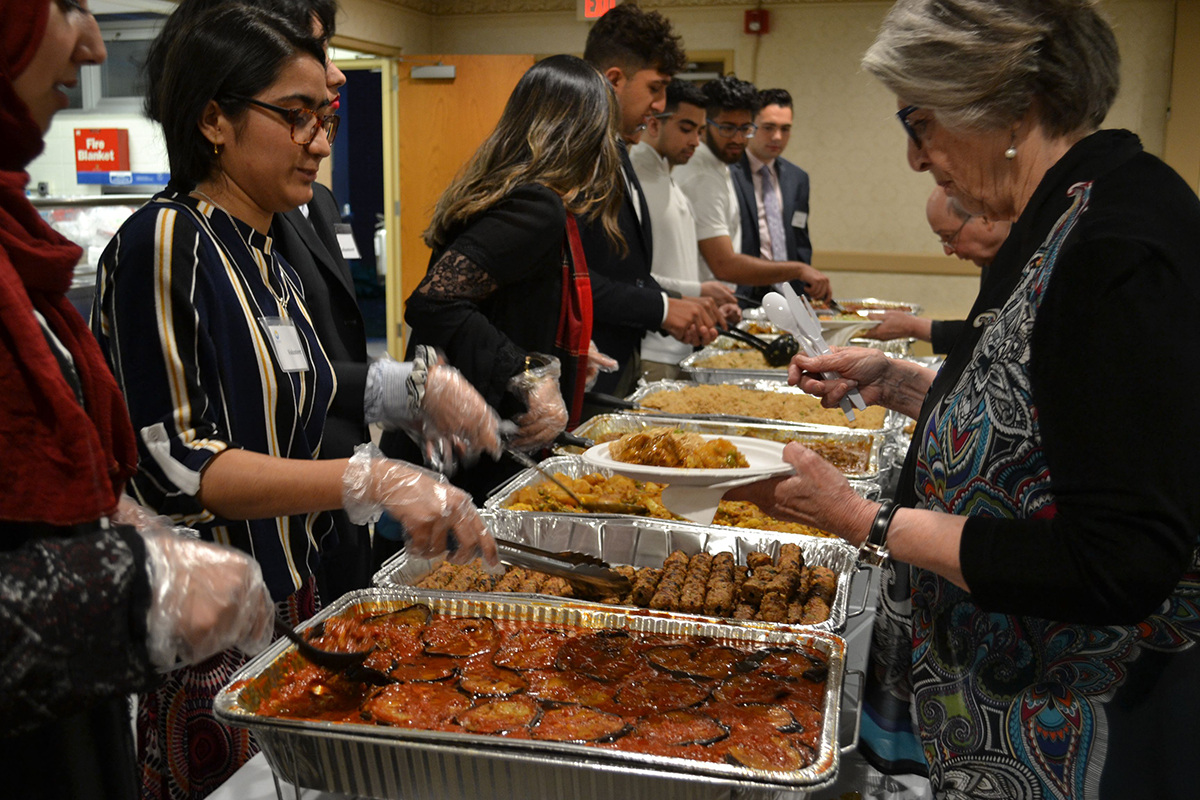 The Taste of Ramadan is an event held by the Muslim Coalition of Connecticut (MCCT) each Ramadan. Since 2004, MCCT has invited an interfaith panel to present on fasting from various perspectives. This year, once again, the event was virtual due to COVID-19. As a result of feedback from previous years, the decision was made to have an all-Muslim panel that represented different ages, ethnicities, professions, and perspectives, though the audience includes people from many different faiths. Hartford Seminary Professor Dr. Hossein Kamaly and Islamic Chaplaincy student Lauren Schreiber made up part of the panel. Each brought their own rich perspective sharing their experiences of this most sacred month.

Dr. Kamaly began his remarks by sharing his experience growing up in Iran. When he was a child, his father would encourage him to fast half of the day as a way of easing into the practice. He had fond memories of his first fast, waking up at dawn to the recitations on the radio and spending time with his grandparents. The month of Ramadan is certainly a time for family. One aspect he reflected on was experiencing the last half hour before the breaking of the fast. He recalled the sense of serene anticipation, the beautiful call to prayer from mosques around his home affirming the Oneness of God and the ongoing recitations of the Qur’an. Dr. Kamaly summarized his experience saying, “To me the month of Ramadan evokes and engenders the experience of serenity and calm as well as an experience of intensified presence, mindfulness, God-consciousness and self-reflection.”

A new Muslim’s perspective on Ramadan

Chaplain-in-training Lauren Schreiber shared her experience of her first Ramadan in 2011 as a new Muslim. When she became a Muslim, she admits she did not know exactly what she was getting into. She knew that Ramadan was a big deal but assumed there would be some sort of orientation or explanation in terms of what to do. She was invited to break the fast by a mosque community and arrived at the address not knowing what was going to happen. As it turns out, there was no orientation. Nevertheless, she and the rest of the community were ushered into a large hall where they would ultimately break their fast and pray. She felt very alone as most people in the room had come with friends and family. She remembers how many would say salaam (peace) to her and give her dates to eat. She had never eaten a date before and was not very enthusiastic about its taste or texture. Although she was by herself, “there was something magical about being in a sea of strangers in prayer – to line up and snuggle shoulder to shoulder in a warm hug being tucked in with people and getting lost in the recitation … being in a state of longing and comfort.” She describes her early days as a Muslim as “lonely yet wrapped in community.” This experience led her to start Center DC, a third space that provides community for those who may not have one. One initiative she started was the DC Iftar League that connects community members with those who were alone and new to the Ramadan experience.

Fasting while in school

Also on the panel was Omar Mountassir, a junior high student. He shared how important it was to have a teacher who knew about fasting and advocated for the Muslim students in his class. During Ramadan, the teacher would give them space to hang out while other students were having lunch in the cafeteria. He felt blessed that teachers in his school understood the possible stresses of Ramadan for Muslims and so would give all students less homework and tests. This ultimately resulted in Ramadan becoming an important bond between his classmates. Now all students in his class look forward to Ramadan each year.

Aisha Hussein, an undergraduate student at the University of Connecticut, shared her experience of Ramadan being away from home and family during one of the most stressful times of the year in college, preparing for finals. She explained the intensity of fasting while trying to complete coursework, with deadlines looming.

Linda Miller, a retired registered nurse and eighth-grade teacher shared her experience as a mother and grandmother. She described Ramadan as a time for renewal. “It’s not just about abstaining from food from dawn until sunset. It’s about self-reflection, reconnecting more deeply with our Holy Book – the Qur’an, focusing on good behaviors and abstaining from all things negative – like impatience and being argumentative.”

Sondos Kholaki, a hospital chaplain, related experiences of Ramadan with patients in the hospital. “For thirty days,” she said, “Ramadan offers me an opportunity to consciously break my usual patterns and comfortable routines to allow new meanings and spiritual understanding to emerge.” She shared her experience of fasting while feeding a patient ice chips and how the patient savored each serving. Fasting and feeling parched helped her to understand the gratitude that the patient felt with every spoonful.

These profoundly different personal stories illustrate the diversity of experience for Muslims during this holy month. Events such as the Taste of Ramadan, provide us with a platform to learn about the depth of belief and faith amongst those around us.