Changing U.S. Demographics and the Impact on Interfaith Dialogue 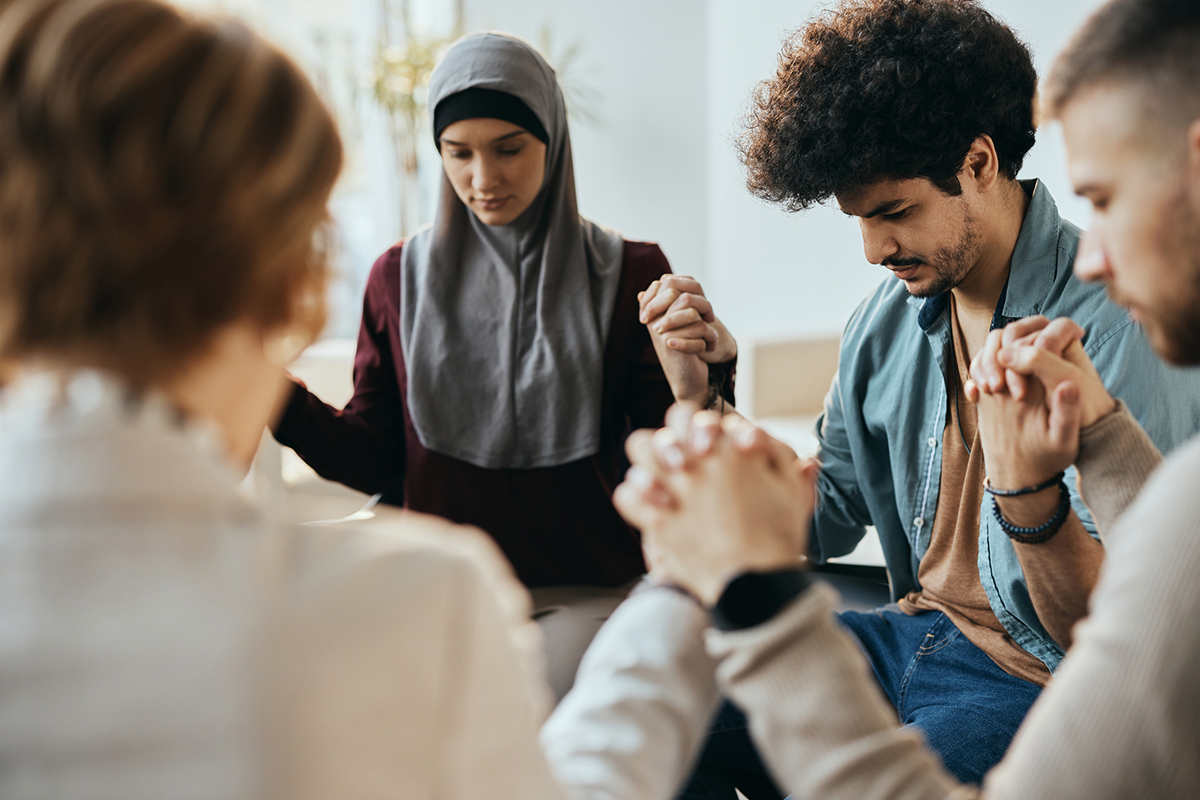 We’ve changed as a nation – that’s very clear. Though Protestant Christians are still the single largest religious group, the Pew Research Center measured their share of the population as 40 percent of all Americans in 2021, compared with 52 percent in 2007.

Part of that change can be attributed to cultural upheavals that started in the 1960s and 1970s, leading to a rise in those who call themselves humanists, agnostics, atheists, or just unaffiliated. That trend has only increased, and now one in three adult Americans has no religious affiliation.

The other slice of the pie represents a cornucopia of different faith traditions. While the country has been religiously diverse since its founding, much of the present-day diversity in the U.S. can be traced to the shifting demographics of new arrivals after immigration laws changed in 1965. That shift brought significant numbers of Muslims, Hindus, Buddhists, Sikhs, and others into the mainly Judeo-Christian mix.

The book American Grace: How Religion Divides Us and Unites Us examines the increasingly interreligious nature of American culture and makes two main points that almost seem to contradict each other. Authors Robert Putnam and David Campbell argue that America has experienced increasing polarization in terms of religiosity, or strong religious feeling or belief. In other words, more people are strongly religious and more people are not religious at all. At the same time, the country overall has embraced different ways of practicing religion. In addition, one in five Americans is now raised in an interfaith home, and more than one third of all marriages in the U.S. are between people of different faiths.

What does that mean? Well, one way to view it is that highly religious Catholics have more in common with highly observant Muslims than they do with agnostics. It also means that, as time goes on, people who get to know those of different religious traditions often come to respect and appreciate them, and interreligious families are becoming more common.

Many have said that America’s pluralism makes it stronger, more dynamic, and more agile than it might have been as a religiously homogeneous society, but those strengths don’t emerge from a vacuum. Interfaith organizations and deliberate efforts to forge interreligious ties build empathy and understanding. Without such efforts, religions tend to settle into silos where people of the same faith interact only with each other. They tend to view the religious “other” with suspicion, if not fear, and that’s where conflict can become entrenched.

To students at Hartford International University for Religion and Peace (HIU) learning about other religions is not just theory, it’s in our DNA. As a school we draw students from Jewish, Christian, and Muslim traditions, among others. Jewish and Muslim chaplaincy students, for example, have formed a group around the commonalities of two faiths based in religious legal traditions.

HIU’s MA in Interreligious Studies is specifically built around the engagement of diverse students from different backgrounds, and courses are co-taught by faculty from different religious traditions.

For students who specialize in Ministerial Studies, the MA in Interreligious Studies offers them exposure to other faiths and the promise of relationships with those who have different religious perspectives. Alumni often talk about the value of these relationships when building interfaith programming for their places of worship.

For students who specialize in Islamic Studies, the MA in Interreligious Studies is often Part One of their journey toward becoming an Islamic chaplain. In most settings, chaplains need to have exposure to people of different faiths and people of no faith so they can provide the appropriate guidance and comfort to all people, yet from within their own religious tradition.

Students who choose the Interrreligious Studies specialization may go on to chaplaincy, ministry, or a wide array of other careers, including non-profit work, social service ministry, teaching, or academic research. The skills to navigate groups with various religious viewpoints and experience are relevant to so many workplaces today.
As Mahatma Gandhi said, “Our innermost prayer should be that a Hindu should be a better Hindu, a Muslim a better Muslim, a Christian a better Christian. I broaden my Hinduism by loving other religions than my own.”