Exploring the history of interfaith dialogue 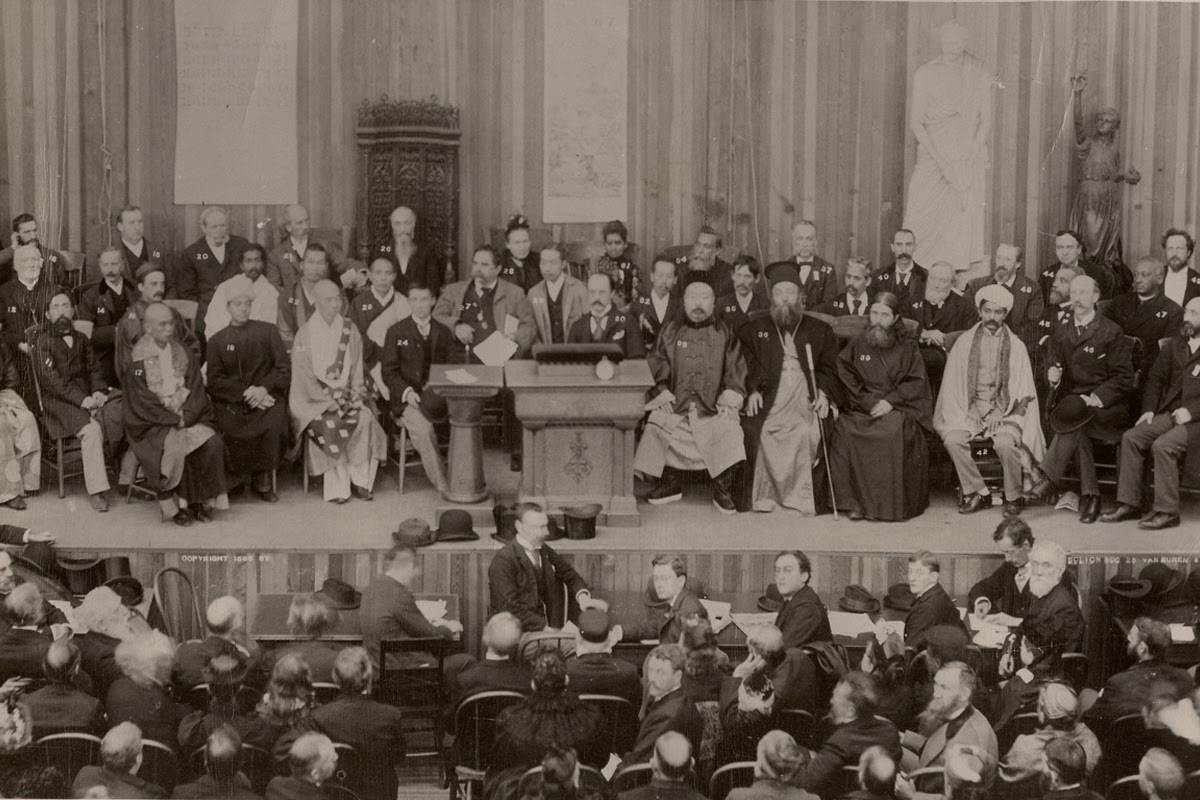 In 1893, religious leaders from around the world met in Chicago for the World’s Parliament of Religions, which scholars and faith leaders today recognize as the origin of formal interreligious dialogue.

While we credit this event as the first organized interfaith gathering, the concept of interfaith dialogue appears throughout history as different cultural and faith communities discover one another’s beliefs through various conquests and expansions of land, spiritual and intellectual periods of enlightenment and inquiry, and more.

What medieval philosophy teaches us about modern-day interfaith dialogue

Dialogue is our most basic form of communication, and as a literary form, it appears in biblical stories, Buddhist sutras, mythologies, and contemporary fiction. In philosophy, dialogue is an approach that uses conversations between characters and the questions they pose to delve into moral and philosophical questions.

Many great thinkers of the Middle Ages used dialogue to examine the ideological foundations of Christianity, Judaism, and Islam – though often to defend their own faith, notes Rev. Dr. Marcus Braybrookem, joint president of the World Congress of Faiths, cofounder of the Three Faiths Forum, and a Peace Councillor.

A precursor to today’s interfaith dialogue, “Book of the Gentile and the Three Wise Men” by 13th century Catalan philosopher Ramon Llull, though Christian, is “extraordinary in its charitable treatments of Jewish and Muslim perspectives and…desire to foster religious peace,” writes Rev. Dr. Braybrokem for The Interfaith Observer.

Three wise men representing Christianity, Judaism, and Islam engage in a dialogue with a Gentile, or pagan, who is to pick between their religions. His choice, however, is never revealed; as the Gentile asks the wise men if they want to know which faith he prefers, all three decline – and the question is left open. A wise man adds, “if in front of us you state which religion it is that you prefer, then we would not have such a good subject of discussion nor such satisfaction in discovering the truth.”

Those who enjoy inquiry and discourse use reason and intellect to persuade others to adopt their beliefs – not force, trickery, or malice. As the dialogue comes to a close, the wise men “each asked forgiveness of the other for any disrespectful word he might have spoken against [the other’s] religion.”

Our intertwined, interfaith history in the world today

After visiting Cairo in 1907 and 1908, Professor Duncan Black Macdonald was shocked to learn that the missionaries had little understanding of Muslim life and culture. A pioneer of Arabic and Islamic studies in the United States, he began working with missionaries – using his expertise to foster awareness of the Muslim faith and traditions, especially to illustrate common elements in Christianity. He wanted to build cultural competency, which he did himself by diligently studying “The Arabian Nights” to gain insight into traditional Muslim culture.

Without diminishing doctrinal differences, he urged Christians to seek spiritual friendship with Muslims in shared witness against the moral decadence of secular materialism – but, above all, he wanted to instill a love of Islam in their hearts.

A pioneer for Muslim-Christian relations

Just as history has changed religious landscapes across the world, it has asked us to reevaluate how we understand “interfaith dialogue.” Rather than drive conflict, religion and learning about the beliefs of others can deepen our sense of humanity and foster the peacemaking process through empathy and tolerance.
Our interfaith scholarship opportunities broaden your perspective by sharing, caring, and learning from others in a safe and welcoming environment. HIU is home to the Macdonald Center for the Study of Islam and Christian-Muslim Relations, the oldest of its kind in the country and named in honor of our very own Professor Macdonald. The center was established in 1973 to challenge scholars, students, members of religious institutions, community groups, and the general public to transcend stereotypes and prejudices regarding the Islamic religion, law, and cultures. It’s also where we offer the Islamic Studies specialization in our MA in Interreligious Studies, a program designed for students who are intellectually curious about the complexities of these religions in history and the modern world.