How to Suffer with Grace: Lessons from a Beloved Chaplain 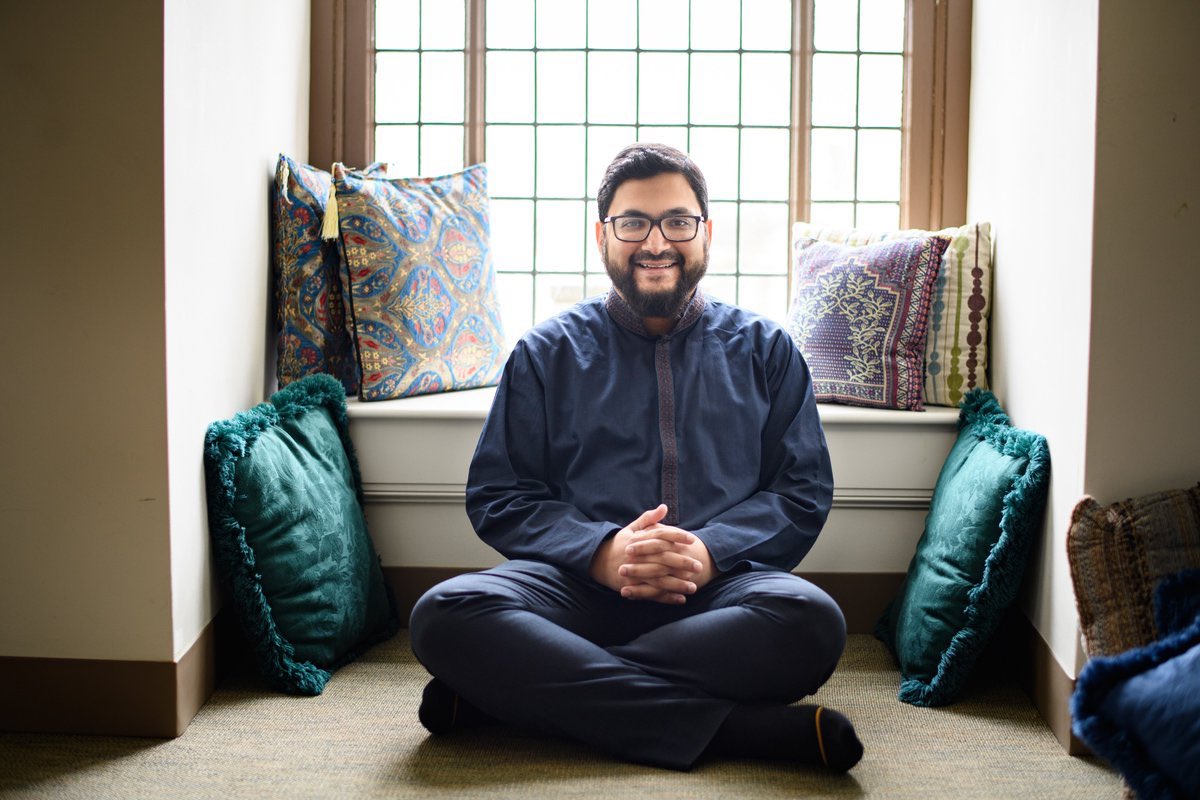 Imam Sohaib Sultan didn’t know much about me, except that I was Hartford Seminary’s Director of Communications and that I asked him from time to time for favors, such as letting us post his picture online and claim him as one of our revered alums.

But I knew Sohaib, at least I knew much more about him than he knew about me. I admired him deeply, even before I found out that his life would be half as long as he might have expected. He was someone who, when visiting our small campus, let everyone into his circle. There was no standing off to one side with Sohaib. You felt included and embraced. You sensed the sincerity of his spiritual connection no matter what your personal beliefs. You couldn’t help but acknowledge his holiness and his wholeness, as well as his humanity.

This lovely man, Princeton University’s first Muslim chaplain and a national leader among all chaplains, accepted an invitation to travel to Hartford in February 2020 for a dinner in honor of Dr. Ingrid Mattson, the founder of Harford Seminary’s Islamic Chaplaincy Program. Dr. Mattson had recruited Sohaib as one of her first students, and he attended with his beautiful wife and young daughter to celebrate Dr. Mattson’s legacy.

If he had any idea at the time that his health was compromised, he didn’t show it. But a few months later, just after we all locked down due to COVID-19, Sohaib announced publicly that he had been diagnosed with a rare form of cancer that would end his life in short order. Crushing news in a crushing time.

He lived more than a year, quite a bit longer than his doctors had predicted. And in that time, Sohaib taught everyone within the hearing of his voice, in-person and online, what it means to suffer and die in a way I can only describe as artful.

Lessons On Suffering With Grace

To suffer with grace, I learned from watching Sohaib from afar, does not mean suffering silently. In fact, Sohaib’s diagnosis made him prolific. He started a blog that chronicled his terminal illness and how it affected his relationship with Allah. I learned so much from his writing.

To suffer with grace, I learned, does not mean losing your sense of humor: Over the last few months as people have asked me for advice on living life I’ve told them that taslim, acceptance of God’s will, is the key to inner happiness. I must now take my own advice!

To suffer with grace, he told his readers, does not mean glossing over the reality of your suffering: After the rough couple of months of chemotherapy when my hair and beard started to grow back and my voice got a bit stronger, many beloveds would exclaim with joy, “You look good; You sound good!” These words of encouragement come from such a good place, but they are so painful to hear because it doesn’t mirror how I’m feeling. In that moment it’s hard to feel that anyone knows what you’re really going through. It’s a lonely place to be.

To suffer with grace, he wrote, means manifesting faith when it is most tested: Cancer, too, is a creation of God’s and He has so wisely decreed to place it in my body. I am not battling cancer. I am struggling with cancer and accepting that it has much to teach me in life’s journey.

I can only marvel at such wisdom and fortitude. Sohaib was only 40 when he died, a chaplain to the end. His impulse was to teach and to comfort, yet he maintained a fearless commitment to the truth of his situation.

I can’t help but acknowledge that without my exposure to Hartford Seminary’s beautiful, interfaith community, I likely would never have crossed paths with Sohaib. That would have made my life – the one he affected so powerfully without ever knowing it – much less rich and much less interesting.

Tags: lessons on suffering with grace from a chaplain