Faith in the Neighborhood 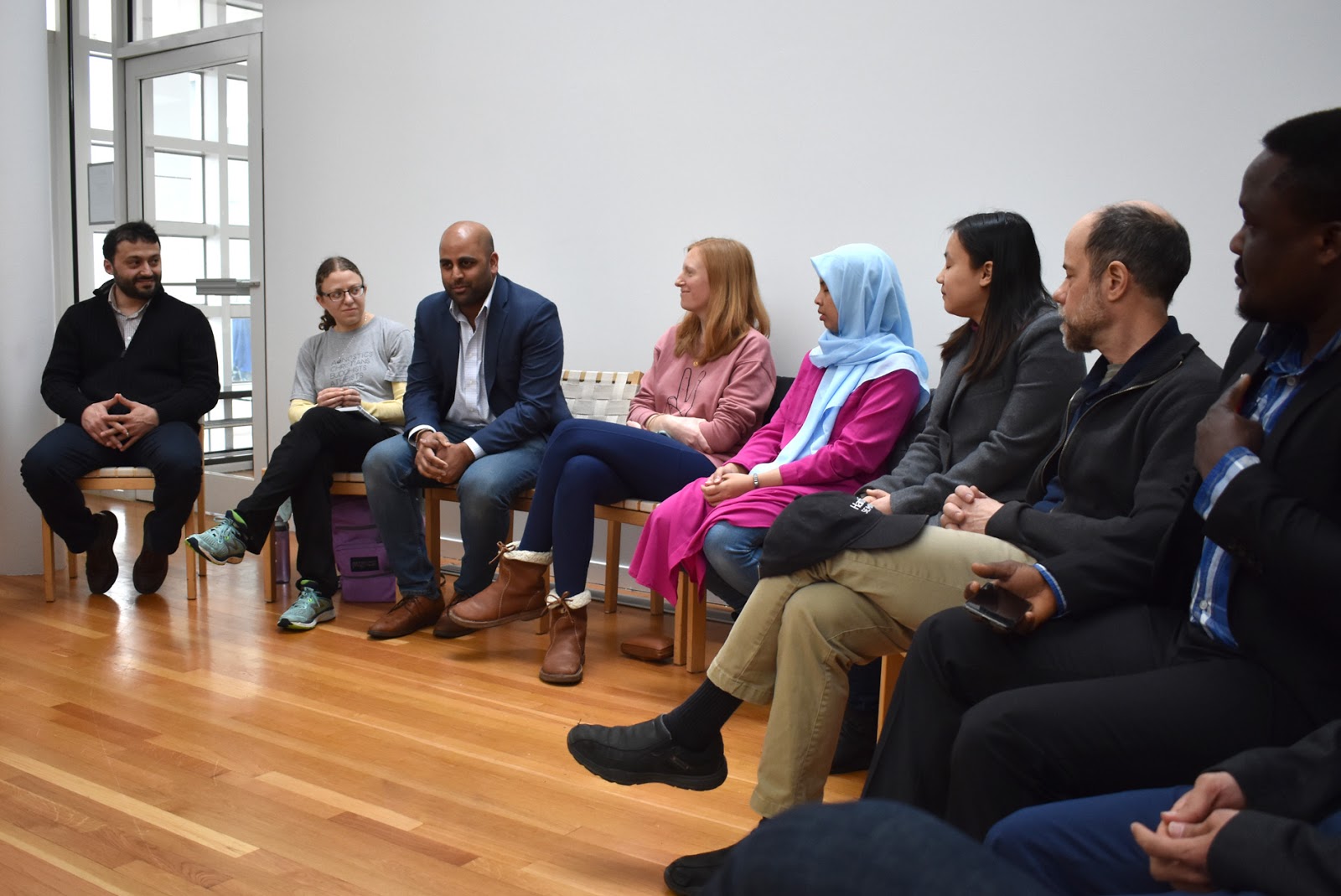 I’ve been playing with the notion of “faith in the neighborhood” for a very long time. It shapes the way I teach about the world’s many religions—which I have been doing since the early 1990s in preparatory schools, churches, federal prisons, hospitals, colleges, universities, and seminaries. “Faith in the Neighborhood” has served as the name for a book series and for a course I have taught several times here at Hartford Seminary. Whenever I have used it for the past many years, and for whatever purpose, “faith in the neighborhood” has always had a double meaning. One’s neighborhood is one’s abiding place, the vicinity in which one dwells. While I sometimes use neighborhood as a metaphor for context, more often I really do mean one’s specific geographical location. I am particularly interested in those abiding places that are multi-religious. So, when I speak of “faith in the neighborhood,” I may be referring to any of the plethora of expressions of religion in our vicinity; or I may be indicating my conviction that the place in which we dwell has potential for good—which, in my estimation, includes an increasingly positive attitude toward religious manyness.

Religious Manyness in the Study of Faith in the Neighborhood

About a decade ago, I coined the term “religious manyness” because neither “religious diversity” nor “religious pluralism” seemed quite specific enough. “Diversity” discourse frequently has an activist dimension; pluralism, since the 1980s at the least, is often used to indicate a particular theological attitude regarding religious difference. When I use pluralism, I mean a positive response to the multi-religious context—what Harvard University’s Diana Eck describes as delighting in the differences (even the deepest ones). When I want to refer to the context itself, I use religious manyness; and in order to have a meaningful conversation about the coexistence of many “religions,” it is helpful to stipulate what we mean by “religion.” I prefer scholar Byron Earhart’s phenomenological and comprehensive definition. Religion is a distinctive set of rituals, beliefs, doctrines, institutions, and practices that enable members of that tradition to establish, maintain, and celebrate a meaningful world. Put this way, religion is synonymous with worldview or lifeway—thus something almost everyone has. So, when preparing to study faith in the neighborhood, giving fresh thought to your own abiding place is a good step to take. How might you describe your worldview to others?

As we immerse ourselves in the exploration of faith in the neighborhood, there will be books and articles to read, documentaries to watch, and cases to analyze. However, taking center stage will be experiential learning—a core methodology for Interreligious Studies, hence essential to our new MAIRS degree program. Experiential learning can take such forms as mapping projects, site-visits, one-on-one interviews, group conversations. While it presumes in-person engagement, it has room for alternative online “virtual visiting” and Zoom conversations when face-to-face mode is not feasible. Whatever experiential learning’s mode, as we proceed, knowing how to ask clarifying (rather than off-putting) questions will serve us well. So too can a willingness to make our observations from vantage points and through lenses that are new to us. By way of demonstration, permit me to ask: What do you see?

Did you discern a candle stand first, only later seeing the two faces in profile? Or did you see the faces first? In our explorations of other people’s religions, it is unlikely that all of us will notice the same thing simultaneously. Whichever you saw first, your vision is accurate nevertheless—just it is when you see with ease that this is a drawing of a frog,

but have a harder time realizing that it could just as well be a horse.

The approach I take to teaching about faith in the neighborhood asks you to be an empathetic observer—someone who is willing to step out of your comfort zone, someone who can observe from more than one angle. Admittedly, this presents some challenges since, indeed, it has the potential to be a lively exercise in the encounter of commitments. However, if we are willing to step inside someone else’s worldview, even for a moment, we open ourselves to the possibility that there will be more in the picture than we saw at first glance, and that the new levels and layers we notice may well be delightful.

Tags: exploration of interreligious study through faith in the neighborhood