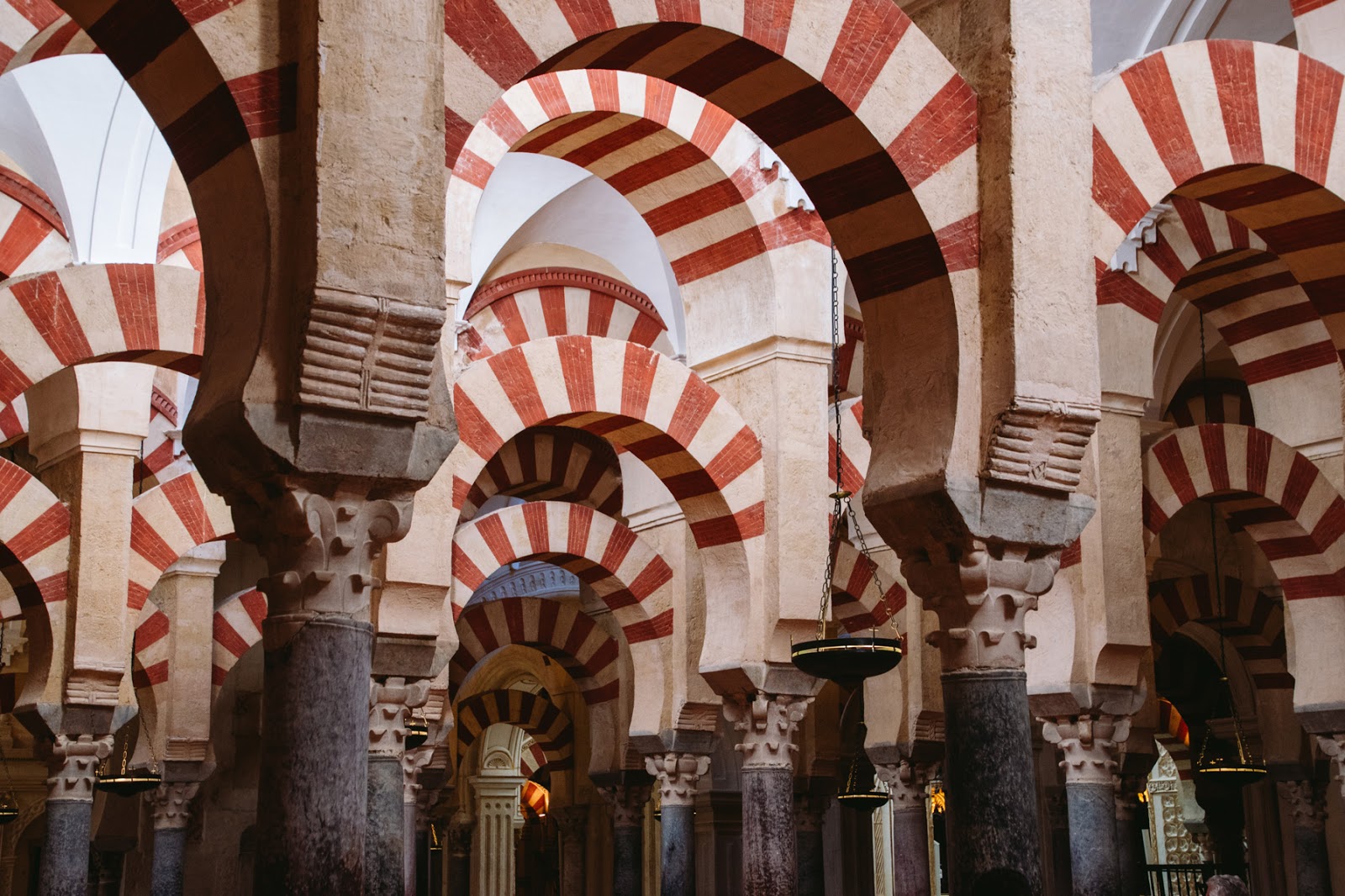 As different faiths came into power in regions across the globe, they often adopted existing religious spaces and converted them into their own. This has created places of worship that hold architectural characteristics, cultural qualities, and ritual structures that apply to a variety of religious beliefs.

These famous historical landmarks and sacral spaces across the world incorporate unique characteristics of each faith as they have changed hands – in turn creating a singular place of worship that reflects aspects of each of the religions that once ruled the land – and in some cases, creating distinct regional styles of architecture.

Structures Across the Globe

The Hagia Sophia in Istanbul, Turkey was built in 537 and was the largest Christian Church of the Byzantine Empire. It has since served as an Eastern Orthodox church, a Catholic Church, a Museum, and a Mosque at different periods. This monumental basilica with its history changing dome would become a model for Byzantine churches and Ottoman mosques for years to come. It is believed that the first structure was built on the site of a pagan temple. When the Orthodox church was converted into a Latin Catholic cathedral, characteristic buttresses were added. After the Fall of Constantinople to the Ottoman Empire, the church was converted to a mosque and Islamic features like minarets were added, along with a gold crescent on top of the dome. Today, the structure serves as a mosque.

The Cathedral in Córdoba

The Roman Catholic cathedral in Córdoba, Spain was built in 785 CE as The Great Mosque of Córdoba when the city was the capital of the Muslim-controlled region of Al-Andalus. With traditional Islamic minarets and meticulous mosaics and interlacing arches, the structure is an important monument in Islamic architecture and is considered highly influential on the Moorish architecture of the western Mediterranean regions of the Muslim world. The structure was converted to a cathedral in 1293 during the Reconquista. In the 16th century, the building was renovated with a new Renaissance cathedral nave and transept in the center of the building, and the minaret which had been converted to a bell tower, was remodeled. Today, the structure serves as the city’s cathedral.

The Church of Our Lady of the Annunciation

The Church of Nossa Senhora da Anunciação is a 12th-century church and former mosque in Mértola, Portugal. The building was converted by the Knights of St. James and is one of the only remaining sites in Portugal where the original structure of the mosque was maintained. By the middle of the 16th century, the minaret had been substituted for a belltower and the roofline had become adorned with merlons, which crown the roof of the building. Today, the exterior reflects a number of mixed styles and the characteristic interior with the vaulted ceiling and pillars typical of Islamic architecture, juxtaposed with Christian elements. While it currently serves as a church, you can still see the Mihrab in the wall behind the altar and the doors have the typical Moorish ‘keyhole’ shape.

The largest medieval building in Famagusta, Cyprus was originally known as the Cathedral of Saint Nicholas and was consecrated as a Catholic cathedral in 1328. It was built in the latest French styles of the time, with notable Gothic architectural elements that were rarely seen outside France. The style paralleled Reims Cathedral in France, with three doors, twin towers over the aisles and a flat roof, typical of Crusader architecture. After the Ottoman Empire took over in 1571, the building was converted into a mosque. While the Gothic structure was preserved, the cruciform, stained glass, frescos and paintings were removed. The site remains a mosque to this day.The art and architecture of the world shares unique histories and narratives about people, places, and beliefs. By examining the elements and styles of sacral spaces that have been home to different spiritual practices, we learn more about the lived reality of faith for those communities. Students in the Hartford Seminary MA in Interreligious studies focus on learning religion in a public multifaith context. Our students explore historical, political, and cultural grounds for the reality of religion in today’s pluralistic world.